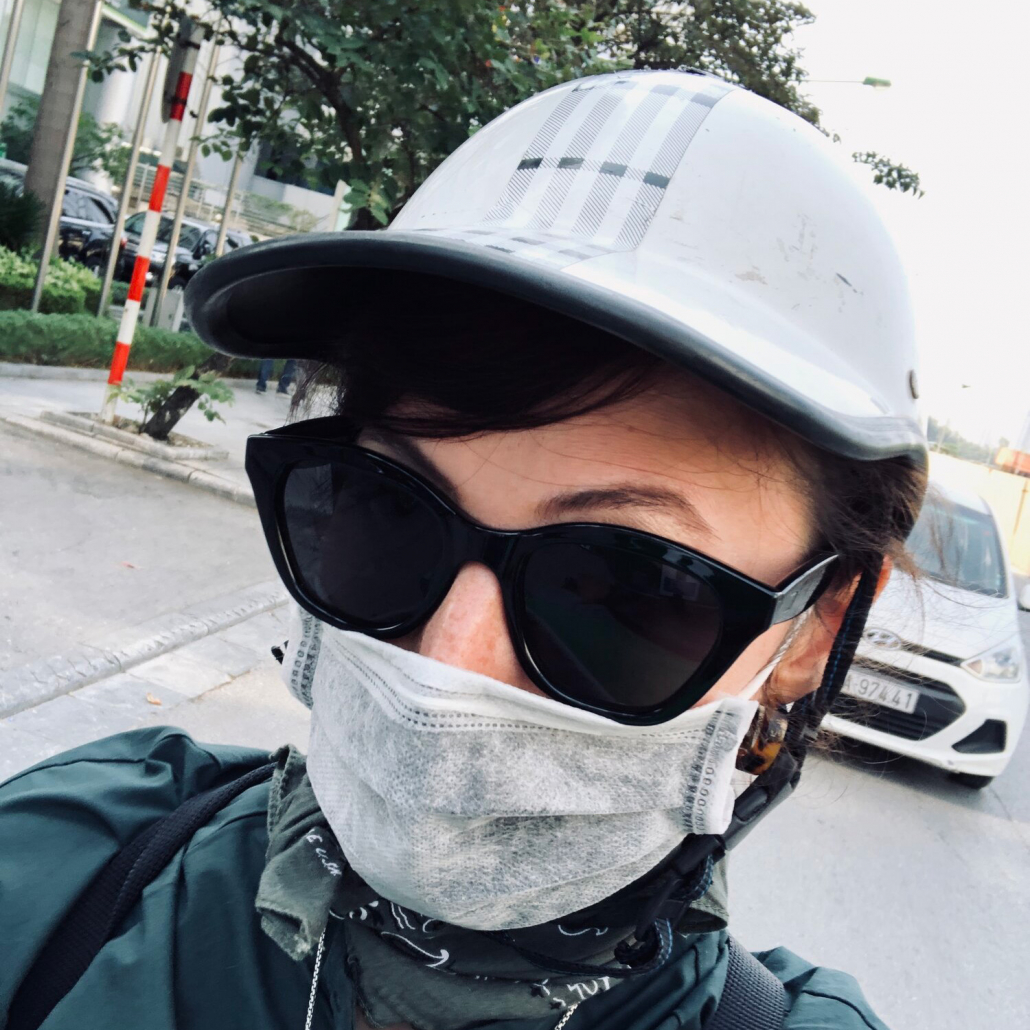 Esther Johnson (MA, Royal College of Art) works at the intersection of artist moving image and documentary. She is former recipient of the Philip Leverhulme Prize in Performing & Visual Arts, and is Professor of Film and Media Arts at Sheffield Hallam University, in Yorkshire in the UK.

Esther’s poetic portraits focus on alternative social histories and marginal worlds, to reveal resonant stories that may otherwise remain hidden or ignored. The repositioning of archival material is explored as a way of looking at intangible cultural heritage, and addressing the relationship between memory and storytelling. Recurring themes include heritage, tradition, folklore, regeneration, and exploration of architectural vernaculars and the inhabited environment. 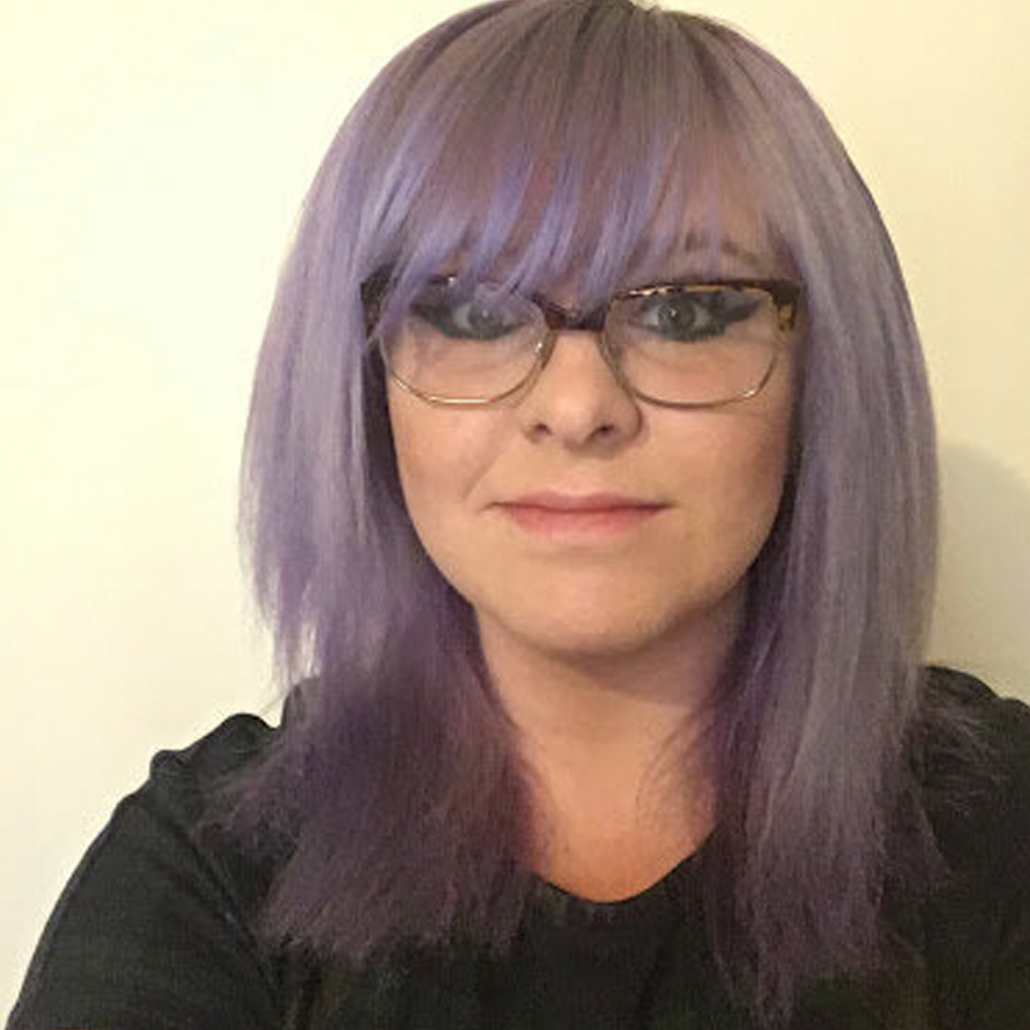 Lisa Brook is founder and director of Live Cinema UK based in Yorkshire. Since 2014, Live Cinema has grown to become the UK’s leading organisation dedicated to producing, promoting and researching live cinema events, reaching over 400,000 live audience members, and collaborating with over 60 partners. 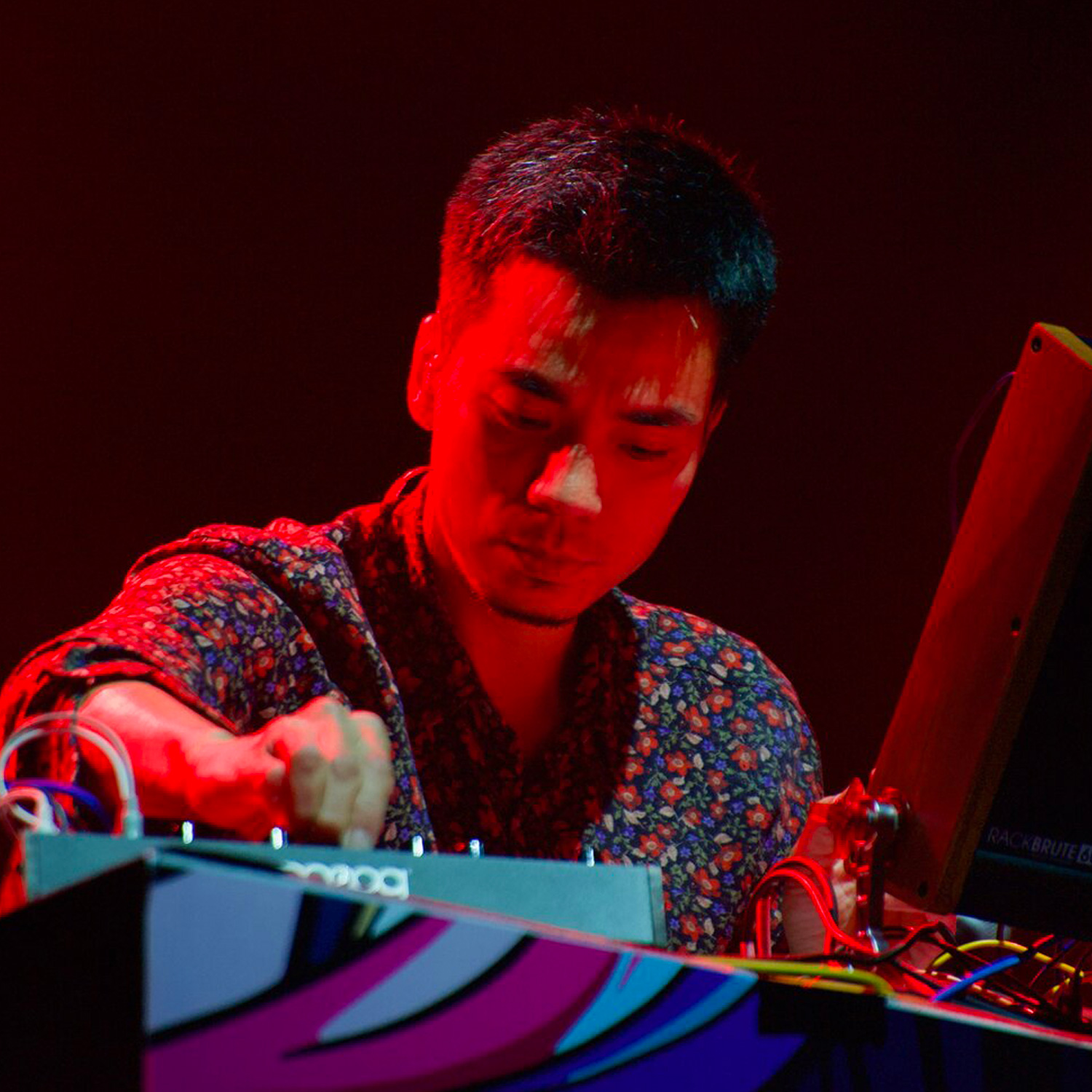 Xo Xinh is a Vietnamese American electroacoustic / electronic music composer, performer, and educator. Most of his works aim to re-contextualize the essence of traditional instruments through spectral processing and interactive manipulation of the acoustic sound by the computer and to explore the transformation of traditional music through the contemporary and experimental medium. His main interest and passion are to experiment with the new sounds and new techniques that can merge the old with the new, the tradition with the contemporary while mending the gap between them sonically and musically.

Xo Xinh studied electroacoustic composition and computer music with Chris Brown, John Bischoff, and Roscoe Mitchell at Mills College. He was the Program Chair of Interactive Audio, Sound Arts, and Audio Technology at SAE Institute in Bay Area, California before joining the University of Silicon Valley as the Director of Audio and Music Technology. 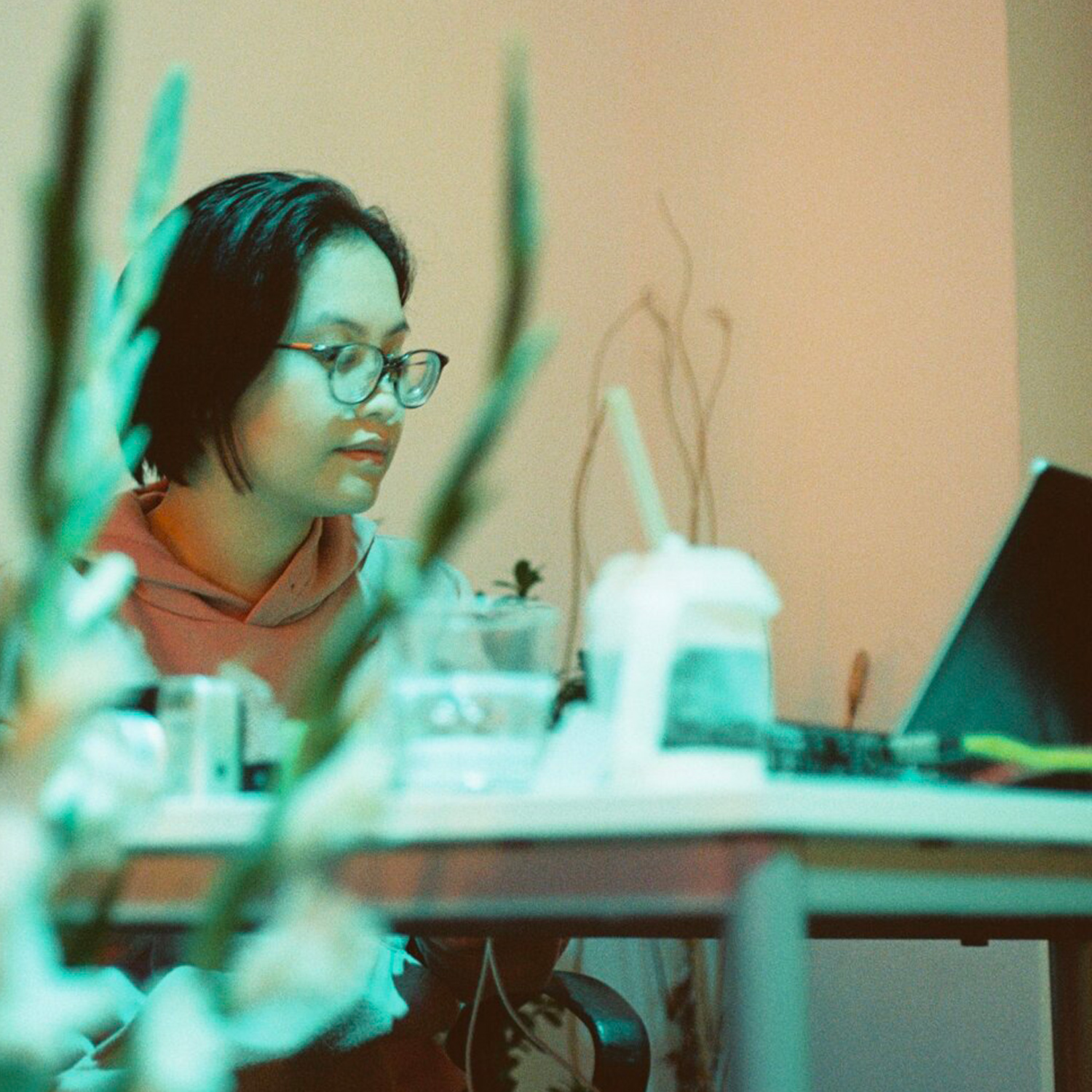 Nhung Nguyen is an emerging Vietnamese sound artist currently based in Hanoi, experimenting across a range of left-field aesthetics and expressions – ambient drone, electro acoustic, noise music, musique concrete, amongst others.

Since 2014 Nhung has been making works under the moniker Sound Awakener – and under her real name, for the more cinematic, piano-driven projects. She has worked with international labels such as Time Released Sound (US), Unknown Tones Records (US), Soft (France), Flaming Pines (UK), Fluid Audio (UK), Syrphe (Germany).

In addition to her solo work, Nhung has collaborated with artists from various other disciplines, often adding audio elements to visual experiences. Nhung’s music and sounds have appeared in exhibitions such as Citizen Earth (2020, Hanoi), Le Giang’s D’eau et de verdure (2020, Hanoi), Phan Thao Nguyen’s Poetic Amnesia (HCMC and Hanoi, 2017), the public-art initiatives Into Thin Air (2016) and Into Thin Air 2 (2018) – both in Hanoi, Richard Streimatter-Tran’s Departures (Hong Kong, 2017), amongst others. As a composer for moving image, Nhung has worked on music compositions for short films and video art including Liberation Radio (2021) with Esther Johnson and Matthew Sweet. 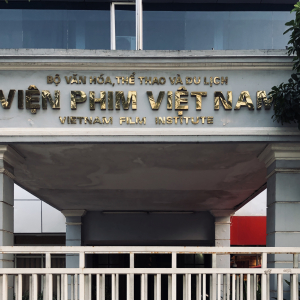 Founded in 1979, the Vietnam Film Institute (VFI) is the national archive of Vietnam, responsible for archiving, preserving, disseminating and exhibiting cinema materials, as well as carrying out research and studies. The VFI currently manages three film archives at its Hanoi headquarters, Ho Chi Minh City, and Thach That (Hanoi). The Institute has in its storage a total of nearly 80 thousand prints of different formats (35mm and 16mm) and tens of thousands of videotapes, across a diverse range of titles that together paint a vivid picture of the cinema sector of both the North and the South over the past fifty years: feature films from Vietnam and other countries, footage documenting life during and after the war, works made in South Vietnam before 1975, footage of Ho Chi Minh and other wartime figures, collections of footage shot during the Indochina years returned by the Cinémathèque Française, amongst many other types of holdings. 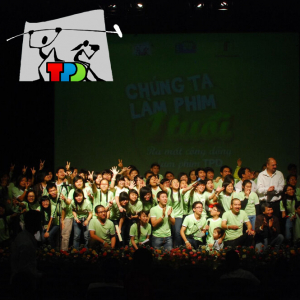 TPD: Centre for Assistance and Development of Movie Talents

Founded in 2002, the Centre for Assistance and Development of Movie Talents (TPD) – Vietnam Cinema Association is the first professional and non-profit organization for the training and support of young filmmakers’ activities. TPD contributes to the development of Vietnam’s cinema through courses, sponsoring programs, and film projects, creating an environment for filmmakers to be creative together. There have been thousands of students joining our classes and thousands of short films created.

In addition, TPD is the producer and co-producer of many award-winning feature films and short or feature documentaries at national and international film festivals. 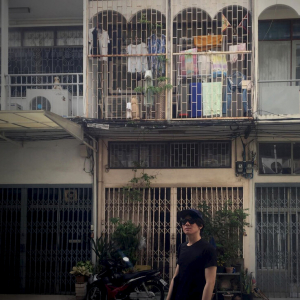 Trần Duy Hưng is a Hanoi-based curator, producer, writer and musician. He is a co-founder and curator of The Onion Cellar (est. 2011), an independent arts initiative that conceives and realises underground / left-field cinema and music projects. Hưng has undertaken extensive work with TPD Centre (as course instructor and convenor/manager of various projects), Galerie Quynh (in-house project manager), British Council Vietnam (programme manager, leading initiatives that engendered contemporary explorations into Vietnam’s heritage in music and film), Out Of Frame Festival of Moving Image (co-curator), Đàn Đó Group (project producer), Vietnam Film Institute (freelancer), Dogma Prize Exhibition 2017 (co-curator) and other organisations and with individuals in Vietnam and beyond, in various capacities and across disciplines. Hưng is interested in the dynamics between historical and contemporary practices and expressions, and between seemingly unrelated thematics and forms. Hưng has been a course co-instructor for TPD’s Film Curating programme (since 2019) and a co-convenor for the ongoing, multi-year project Như Trăng Trong Đêm (Like the Moon in a Night Sky). Hưng worked as archival-footage producer with Esther Johnson for Dust & Metal.